Formulating a timetable for the ban on traditional ICE vehicles takes on a guiding role in policy and production planning, giving the society a clear market signal that the gradual replacement and exit of traditional ICE vehicles is an irreversible global trend. Based on domestic and international experience, the relevant policies formulated by the government play a key guiding role: investors need to make informed decisions; enterprises need to deploy production in advance; consumers need to change consumption perceptions and patterns. Some cities and regions in China have taken the lead in launching this process. In March 2019, Hainan Province issued the “Clean Energy Vehicle Development Plan”, becoming the first region in the country to propose clean energy goals and roadmaps for all segments. Many auto companies have also taken the initiative to launch timetables and roadmaps for the exit of their conventional vehicles under self-owned brands.

The first major driving force for China to develop new energy vehicles and gradually withdraw from traditional ICE vehicles is to strengthen air pollution prevention strategy and to improve air quality. The “Three-year National Action Plan for Defending Our Blue Sky” has required local governments to introduce regulations and action plans for air pollution prevention and control. Among them, the development of new energy vehicles is an important means of road traffic pollution prevention and control. By the end of 2018, China’s automobile production and sales had ranked first in the world for 10 consecutive years, with more than 200 million vehicles. The oil consumption of passenger cars and commercial vehicles accounted for 42% of China’s total oil consumption. It is expected that China’s car ownership will further increase. If depending on conventional vehicles to meet this demand, oil consumption will increase substantially, exacerbating energy supply risks. The scenario analysis of the oil control research project pointed out that the total amount of China’s oil consumption would peak around 2025. To achieve this goal, the phase-out of traditional ICE vehicles is one of the most important strategic deployments.

The ban and exit of traditional ICE vehicles can be gradually implemented in accordance with the steps of “by region, by category, and by stages”. Based on factors such as economic development in different regions, car ownership per capita, development of new energy vehicle industry, and construction of charging infrastructure, the report divides mainland China into four levels of regions: Level I includes mega-sized cities (such as Beijing, Shanghai, Shenzhen, etc.) and functional demonstration areas (such as Hainan, Xiong’an, etc.); Level II includes the traditional ICE vehicle purchasing control cities and the key provincial capital cities in the campaign of “Make Our Skies Blue Again”; Level III is mainly the key areas in the “Make Our Skies Blue Again” and new energy vehicle industry cluster areas (such as North China, Yangtze River Delta, Pan-Pearl River Delta and Fenwei Plain); Level IV (such as northwest, northeast and southwest regions) closely follows. The conventional vehicle exit process is promoted from point to face.

The report divides the traditional fuel vehicles into five categories according to the difficulty level of exiting, and ranks the priority order of their exit. Buses, taxis, rentals and ride-share vehicles, postal and light logistics vehicles, airport and port vehicles, sanitation vehicles, official vehicles and other vehicles should be replaced or withdrawn first, followed by private cars and commercial vehicles. In the cities of Beijing, Shanghai and Shenzhen in the level Ⅰand the cities of Guangzhou, Tianjin and Nanjing in the level Ⅱ, private cars should be fully withdrawn in 2030. At present, Shenzhen has become the first city in the world to realize the full electrification of buses and taxis. On the way of the exit of traditional fuel vehicles, Shenzhen is at the forefront of China. The report also recommends that light trucks, medium trucks and heavy trucks in road transportation should exit based on the development and application difficulty of their electric technologies. Driven by the combination of market means and policy instruments, China can expect to achieve a full exit of traditional fuel vehicles by 2050.

Finally, the report points out that considering the supply of rare metal resources such as lithium, battery recycling and charging infrastructure construction, traditional car enterprise transformation, external environment, and major technological breakthroughs, the exit and its progress of traditional fuel vehicles in China are highly uncertain. 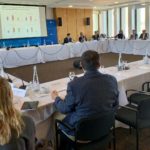 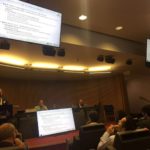 Next Story:
iCET presents at the European ART Fuels Forum