The 26th Conference of the Parties (COP26) on the United Nations Framework Strategy on Climate Change (UNFCCC) was held in Glasgow, Scotland, from October 31 to November 12, 2021. This Conference included a variety of relevant activities surrounding COP26, including negotiations, between states under the UNFCCC framework and subsidiary bodies, on nearly 100 nationally determined contributions, market mechanisms, adaptation, funding, technology, transparency, response measures, capacity building, agriculture, aviation and navigations carbon emission reductions following the guidelines of the UNFCCC, the Kyoto Protocol, the Paris Agreement. The focus of the negotiations covered key issues of climate governance unresolved after the implementation of the Paris Agreement, as well as global climate goals and ambitions.

After two weeks of deliberation, the parties finally completed the specific implementation tules of the Paris Agreement, including resolutions on the issues of market mechanisms, transparency, and common time frames for nationally determined contributions. In addition to reaching a packet of resolutions on the implementation of the Paris Agreement, the conference also made progress on issues that are of common concern in developing countries, including adaptation and funding.

As an observer body of the UNFCCC, iCET has participated in six major climate conferences since the Copenhagen Conference in 2009. At the United Kingdom COP26, iCET, along with representative stakeholders from national governments, non-profit organizations, and enterprises, who are concerned about sustainable development, conducted extensive and in-depth discussions on how to turn the clock around on climate change and achieve zero-carbon emissions.

Through close joint efforts with global partners, iCET will continue to provide multi-level decision-makers with innovative solutions that can alleviate energy and climate crises as well as create a green energy ecosystem, contributing to a zero-carbon society on a global scale. 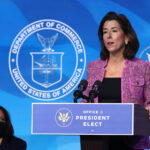