On Oct. 18, 2018, the Natural Resources Defense Council (NRDC), the coordinating organization for the China Oil Cap Project, together with the Innovation Center for Energy and Transportation (iCET) held a forum, “Leaping over the Age of Oil: Future Development of Electric Vehicles” at the China National Convention Center in Beijing. Experts from the Energy Research Institute at the National Development and Reform Commission, the Chinese Academy of Sciences, the China Academy of Transportation Sciences, the China Automotive Technology and Research Center Co., and other research institutes, as well as representatives from cities and industry gathered together to discuss key issues related to the evolution of transportation, and the influence of the development of electric vehicles on the future of transportation, energy, and the environment system in China.

According to Dr. Yang Fuqiang, core expert of the China Oil Cap Project and senior advisor of NRDC, transportation is the largest oil consumer, accounting for about 50% of China’s total oil consumption. Emissions from gas-powered vehicles have become a major source of air pollution in some cities. In Beijing, for example, mobile sources account for up to 45% of local PM2.5 emissions. Therefore, it has become necessary for national energy security and environmental security to study the gradual replacement of traditional fuel vehicles, develop electric vehicles and optimize transportation modes.

Electrification will have a huge impact on China’s energy structure in the future. Dr. Tian Zhiyu, Deputy Director of the Energy Efficiency Center of the National Energy Research Institute, a participant of the China Oil Cap Project, believes that energy structure adjustment has become the main contradiction of energy development in our country at present; we need to cross over the age of oil and gas experienced by the developed countries, and meanwhile transform from the dominance of coal to diversified development, and then an age that prioritize low carbon energy. In this transitional period, low carbonization, electrification is the main direction. The electrification of automobile can bring double benefits of oil saving and substitution. It is estimated that in 2030, China’s electric cars are expected to save and replace the use of more than 20 million tons of oil. By 2050, more than 100 million tons of oil will be saved or replaced. If the adoption of electric vehicles is accelerated further, the potential for saving and replacing oil will be even greater.

Electric vehicles not only reduce the use of traditional oil and gas energy, but also can accelerate the use of new energy. Jin hengmei, a senior consultant of NRDC, pointed out that electric vehicles can make use of energy storage technology to become a flexible resource of the power grid and help absorb more renewable energy through orderly charging, discharging (V2G) to the power grid and battery replacement. Of course, to play these roles effectively, we need to improve policies, technologies, business models and market mechanisms, as well as the power grid and user support.

Globally, countries have their own internal drivers for developing electric vehicles. Kang Liping, Senior Manager of iCET, shared the latest developments in countries such as Norway, the United Kingdom, Germany and China on banning fuel-powered cars. She noted that the core driving force behind the proposed timetable for the withdrawal of fuel vehicles is the need to ensure the health of residents, improve air quality and reduce greenhouse gas emissions, as well as the practical need for the transformation and overall layout of the automobile industry. Lu Xiangzhen, a guest from Shenzhen, confirmed the analysis. At the same time, he also introduced the synergies brought by the development of electric vehicles in Shenzhen to the environment, urban transportation system and industrial development.

In the development process of electric vehicles, the coordinated development of the automobile industry and energy system also needs the support of new infrastructure and management system innovation. These supports include the introduction and improvement of innovative business models such as car-electric separation and whole-life-cycle asset operation of independent third-party batteries, said Wang Xiaoming, PhD, director of the institute of strategic consulting at the Chinese academy of sciences. On the forum, Liu Bin from the China Automotive Technology Research Center and Li Cheng from the Science Research Institute of the Ministry of Transport also shared their views on these fields.

In response to the actions and challenges faced by the industry, Sheng Yongjing from Beiqi New Energy, Deng Zhongyi from Mengshi New Energy Technology and Tang Xiaomeng from Xingxing Recharging shared their understanding. On the one hand, the business community needs to create a new environment where the state reduces or even stops subsidies, make full use of market mechanisms and mobilize market resources. On the other hand, it is necessary to increase research and development, reduce the cost of power batteries and other links, and enhance the comparative competitiveness of electric vehicles against traditional fuel vehicles.

The future development trend of electric vehicles in China should not only focus on the subversive changes that electric vehicles may bring to the future transportation mode, but also focus on the impact of electric vehicles on the overall energy structure and the specific environmental synergies they will produce. Dr. Yang Fuqiang said these are the key topics of the Oil Cap Project, and some of the results will be shared with the industry early next year. He also noted that electrification of vehicles has become a global trend, and China plays an important role in this field. He said China can be expected to play its late-mover advantage in the near future and contribute more technologies, models and policy innovations to the development of electric vehicles globally. 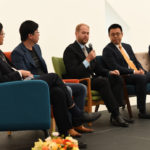 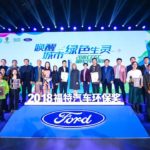