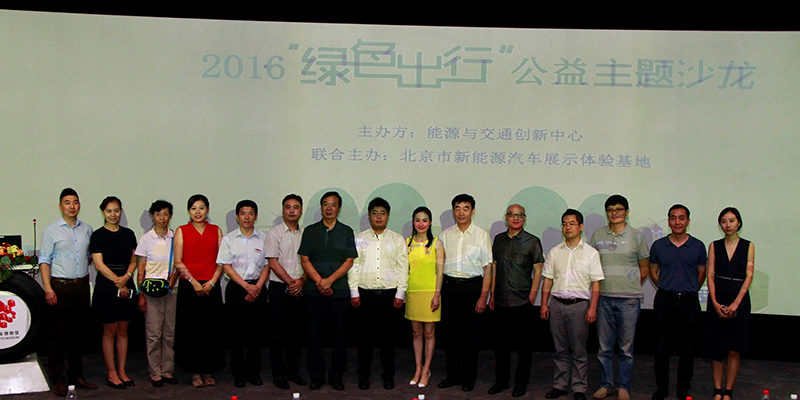 On August 5th, the Innovation Center for Energy and Transportation (iCET), a China-based think tank, organized the 2016 Clean Mobility Salon and Sustainable Consumption Week – NEV Engagement jointly with the Beijing Auto Show and NEV Test-drive Center under the support of the United Nations Environment Programme (UNEP) as part of its annual sustainable consumption awareness-raising week.

At his keynote speech, the UNEP China Country Coordinator, Mr. Zhang Shigang, pointed out that by 2050 the global number of vehicles is expected to reach 2 billion or even 3 billion, 90% of which will occur incrementally in developing countries, tripling GHG emissions volume. Mr. Zhang called for domestic and foreign governments to advance the mutual goal of sustainable development and harness sustainable consumption towards improved air quality through consumer engagement and educational activities as well as regulatory means.

Beijing New Energy Vehicle Promotion Center Director, Mr. Niu Jinming, stated in his speech that although Beijing’s NEV volume reached 62,000 by now, and the volume of H1 of 2016 exceeded last year’s total volume, NEVs still account for only 1.5% of the market. He stressed that the new energy automotive industry should form coalitions for advancing their mutual development, that favoring policies should be continued and expanded, and that related businesses and service organizations should continuously improve the quality of this infant products and services market. Finally, Mr. Niu Jinming expressed his wish to bring to the gradual and steady decrease in ICE vehicles during the near future to reduce cities’ transportation health and environmental impacts.

The Energy Foundation (China) has been promoting China-funded projects in clean transportation policy for the past decade, and have recently also supported some new energy automotive consumer advocacy projects. Mr. Gong Huiming, Energy Foundation (China) Transportation Program Director, further shared some of the outcomes of the recent Beijing and Shanghai consumers’ NEV qualitative analysis: test drives often change consumers’ perceptions of EVs and improve EVs’ image; owners of EVs tend to feel that the quality of their EV exceeds the original anxiety regarding range they had when first buying the car, and the majority of owners stated they will consider purchasing an EV once again in the future.

Dr. An Feng emphasized that as the virtual economy rapidly evolves with the internet age, the role of the transport sector is transitioning, making room for more creative and more sustainable mobility options and structures (e.g. carpooling, car sharing). In major cities mainly in southern China, transport emissions have already exceeded the industry and construction sectors emissions, making green and clean transportation development an inevitable choice.

Mr. Liu Jingquan described the role that the Auto Museum plays in test driving cleaner vehicles and purchase decisions. He noted that the test drives and rides offered in the museum are providing credible, balanced experiences of various EV models influencing purchase choices. Also, lectures about and exhibitions of EVs gradually expose consumer to EVs and builds positive perceptions towards more sustainable development.

At the event, the Innovation Center for Energy and Transportation (iCET) also released the highlights of its 2016 Annual Green Car China ranking. On the top of the list were the Corolla hybrid and Tian Xinfei. The full ranking and analysis results can be downloaded for free www.icet.org.cn or www.greencarchina.org.

At the event, the Innovation Center for Energy and Transportation (iCET) also released the highlights of its 2016 Annual Green Car China ranking. On the top of the list were the Corolla hybrid and Honda New Fit. The full ranking and analysis results can be downloaded for free www.icet.org.cn or www.greencarchina.org.

Two EV owners and a potential EV buyer have discussed their perceptions and experiences in a salon-style panel. The two owners agreed that their driving experience of electric vehicles was better than originally expected, while also significantly reducing auto ownership costs. However, they also shared that the vehicle range and charging infrastructure is still an impediment for their freedom of mobility. The consumers called for a joint action of companies and governments in improved range and charging options.

The Green Car China (GCC) system, jointly initiated with the Vehicle Emissions Control Center of the MEP (MEP-VECC) in 2006, was established and managed by the Innovation Center for Energy and Transportation (iCET). The Green Car China system includes a website, WeChat, annual report, test driving events and methodology. During the last six years, the GCC ranking demonstrated to intrigue auto manufactures’ and official interests, and is gradually being accounted for in consumer purchase choices. iCET strives to maintain the scientific excellence of the GCC methodology and its transparency for guarding and accelerating the smooth transition to cleaner cars. GCC has been supported by the Energy Foundation China since 2006 and in 2015 was also supported by the Rockefeller Brothers Fund (RBF) and the SEE foundation. Since 2014 the GCC has been endorsed by the UNEP China as part of its sustainable consumption and consumption program.

China’s first EV performance ranking system, the BestEV, aimed at accelerating a market-driven transition to pure electric vehicles. In order to achieve this goal, BestEV supports decision-making processes at three core levels: Consumers – spurs EV purchases by providing an accountable vehicle performance evaluation system, and educates consumers about the unique features of EVs (as oppose to ICE vehicles); Manufacturers – promotes EV quality improvement and planning by providing aggregated and comparative BestEV ranking system including both quantitative (manufacturer specified) and qualitative (consumer evaluated) components of all EV models offered on the market; and Regulators – through actual market supply and demand learnings. The first BestEV implementation year was meant to test stakeholders’ responses to the concept, develop and test the BestEV methodology, and draft a collaboration platform towards a sustainable and independent system for the future implementation years. In the coming year, the BestEV will be implemented first through the official BestEV App and website release, and then through the BestEV’s robust coalition members’ marketing efforts. 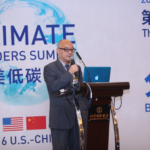 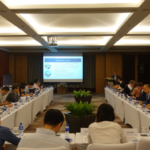